Who has restored with us

The Budi Anumka Environmental Association (“Plants of Budi”) is a Mapuche-Lafkenche organization founded in 2020 initially by 3 Lof (communities), Allipén, Llaguepulli, and Malalwe-Chanko, located in the southern area of Lake Budi, part of the ancestral territory Ayllarewe Budi, currently corresponding to the Municipality of Teodoro Schmidt, in the Region of La Araucanía, Chile.

To continue the permanent defense of Itrofillmonguen or biocultural heritage of our territory, inheritance of our ancestors and fundamental pillar of our Azmonguen or Mapuche’s way of life, which our grandparents defended, managed and bequeathed to us, and thus, we will as well for the new generations.

Through education, research and dialogue involving the Kuifike Kimün (ancestral knowledge) of our authorities and territorial custodians, we make visible and project Mapuche initiatives for the reconstruction and defense of biodiversity and the biocultural heritage of our ancestral territory Ayllarewe Budi, eexercising Mapuche self-governance through the Azmapu, and revalidating the role of the territorial authorities of each Lof and each Rewe (Ceremonial Center) as political instances of the Ayllarewe Budi..

According to our statutes, ASOCIACION ENBIENTAL BUDI ANUMKA, «is a non-governmental, non-profit association, domiciled in the Municipality of Teodoro Schmidt, Province of Cautín, Region of La Araucanía, and without prejudice to being able to develop its activities in other areas of the country.

The Association shall have the purpose or objective of promoting the restoration of Itrofill monguén or biodiversity through the coordinated action of indigenous communities, and may carry out its activities in the following areas of action:

AYLLA REWE BUDI: Lafken-Mapu’s own system of life (politically, socially and economically) between the Imperial river (Traytrayko lewfü) in the north and the Toltén river (Troltreng lewfü) in the south, of which, at present, their sociocultural aspects are still valid around each one of the nine Rewe or ceremonial complexes that compose it.

AZMONGEN: Social and territorial organization of the Mapuche people.

ITROFILLMONGUEN: Set of tangible and intangible elements of the biocultural heritage central to Mapuche life, including spiritual energies or newen and the che, or human person, as indissoluble parts of the diversity of life that makes up each space or Lof that we inhabit.

KUIFIKE KIMÜN: Wisdom, knowledge and ancestral values ​​inherited by the Mapuche people from our ancestors.

MAPUCHE- LAFKENCHE: Mapuche (People of the Earth) who inhabit the territorial space next to the sea or LAFKEN-MAPU, where we have developed a special relationship with the sea and with all the forms of life present there. 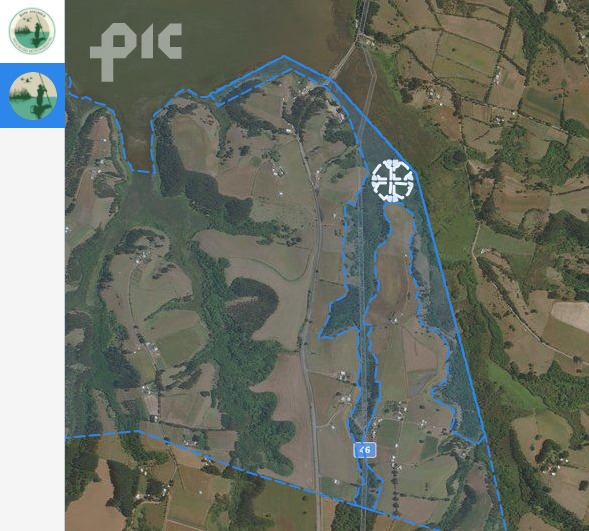 Lafkenche Women Leaders and Custodians of Lake Budi: Re-Knowing the Biocultural Value of our Ancestral Plants